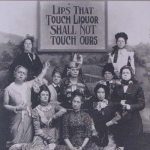 History’s earliest brewers were all women and without women, there’d be no beer. Originally, brewing was the exclusive preserve of women – right up until it was seized upon as a large-scale commercial venture.

“Brewsters” and “ale wives” are frequently mentioned in medieval history and, according to ancient Finnish folklore, ale was first created by three women: Osmotor, Kapo, and Kalevatar. It consisted of saliva from a bear and wild honey. Not a great combination.
Ninkasi, the Sumerian goddess of beer, was the first person to write about brewing, scribbling a recipe on a clay tablet back in Ancient Mesopotamia. Ninkasi oversaw brewing as an exclusively female profession, blessing their beer vessels and, it was believed, giving them a special spiritual connection that, magically, transformed grain into grog.

Ancient Egyptian paintings and pots are rife with brewing depictions and these images show brewers as women not men while, in primitive society, women oversaw the collective consumption of beer, fulfilling the triple role of brewer, barmaid and bouncer.
From Queen Elizabeth I who consumed beer for breakfast to Madonna who is forever tipping pints of Timothy Taylor Landlord down her laughing gear, brewing has boasted hundreds of famous female role models. 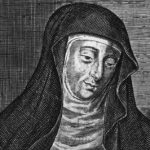 Hildegard Von Bingen
Hildegard of Bingen wasn’t merely a nun. She was the ultimate medieval multi-tasker who fought the feminist fight on a number of different fronts – at a time when women really didn’t do that kind of thing.

While here peers passed the time praying and pottering about the convent, Bingen became a seriously big deal in 12th century Europe and a sister with several strings to her bow. Popes, Kings and Bishops sought her counsel and she was also the advisor and physician to the German Emperor.

A prophet, a poet and a marvellous medieval musician and composer, she penned highly influential theological treatises on everything from rocks and religion to trees, tinctures and, unusually for a nun, the fictional female orgasm.
“When a woman is making love with a man, a sense of heat in her brain, which brings with it sensual delight, communicates the taste of that delight during the act and summons forth the emission of the man’s seed.”

She is also the first person to write about hops in brewing. In Physica, the second vast volume of her famous medical work ‘Liber Subtilitatum Diversarum Naturaum Creaturarum’, she dedicated Chapter 61, “Concerning the hop”, to its preservative powers.

An accomplished brewer who enjoyed a daily ration of heartily-hopped beer until she died aged 81 in 1179, Bingen added: “As a result of its own bitterness it keeps some putrefactions from drinks, to which it may be added, so that they may last so much longer.

“If you also wish to make beer from oats without hops, but just with grusz, you should boil it after adding a very large number of ash leaves. That type of beer purges the stomach of the drinker, and renders his heart light and joyous.” 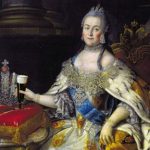 Let’s get one thing straight, right from the beginning, Catherine The Great did not die having sex with a horse. Nor did she pass away while sat on the toilet. Neither of those things happened; some scallywag made it all up. Ladies don’t go to the loo, everyone knows that.

Catherine The Great wasn’t called Catherine the Great either. Her real name was Sophie Friederike Auguste von Anhalt-Zerbst. The conversion to Catherine came about when, aged just 16, she married Grand Duke Peter, who was heir to the Russian throne.
The marriage was miserable. Peter could barely raise a smile in the bedroom and preferred to play with his toy soldiers while Catherine’s voracious sexual appetite was openly satiated by a string of lovers – none of whom were equine.

The marriage really hit the rocks in 1762 when Catherine fronted a bloodless coup and replaced Peter on the Russian throne. Less bloodless was Peter’s murder six month later. Catherine denied involvement but, for what it’s worth, we’re not so sure.
During her 35 year reign, Catherine ruthlessly crushed internal uprisings and extended Russia’s imperial reach into Poland, the lands to the north of the Black Sea and, crucially, the Crimea.

An enlightened Empress, she was a close friend of French philosophers such as Voltaire and Diderot, a voracious writer and composer of operas, and a passionate champion of the arts who amassed one of the world’s most prestigious art collections.

But the main reason Catherine the Great was great was because she drank stout. Lots of it – and not the pansy ‘extra cold’ stuff you get these days either. Catherine the Great drank strong, strapping Imperial Stouts that would blow the faux foam “Oirish” hats off the heads of Guinness drinkers everywhere.

They were the ports of the beer world; complex, cockle-warming bruiser beers that were smoky and silky with touches of tar and tobacco; velvety vortexes of rich coffee, chocolate and chicory that suited the Baltic and its brass-monkey climate.

Under Peter the Great, strong English ales had been consumed in Russia’s Royal Court but Catherine became enamored by dark British beers in the late 1700s during a trip to London where porters and stouts were the ubiquitous beers of the people.
Thrale’s Entire, an Imperial Stout brewed in Southwark, South London, was Catherine’s favourite and she ordered lots of it.

The author of The History and Antiquities of the Parish of St Saviour, Southwark, said at the time: “The reputation and enjoyment of Porter is by no means confined to England. The Empress of All Russia is indeed so partial to Porter that she has ordered repeatedly very large quantities for her own drinking and that of her court.”

It was brewed strong with lots of hops which adorned it with the sea legs to withstand the hazardous sea voyage from London to the Russian ports – often having to weave its way through French blockades.

Its export of imperial stout from Britain to the Baltic States became big business. Both sipped at the Royal Court by Russian Tsars and by soldiers wounded in the Crimean War, Thrale’s beer gained Royal Assent before being taken over by John Courage, who became the main British supplier until Russian trade began to wane in the 19th century and the flood of firkins heading for St Petersburg slowly petered away to a trickle.

But brewers are still brewing the kind of imperial stouts that would have satisfied Catherine almost 250 years later. Courage have breathed life back into the classic Thrale’s recipe while Harvey’s, based near Brighton in East Sussex, matures its oily, unctuous, ink-black imperial stout for more than nine months to create a beer that is far more authentic and palatable than tales of horses and toilets.