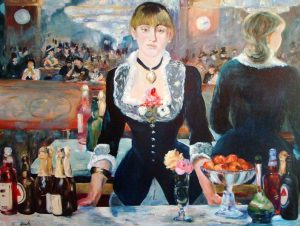 Given you’ve got a hangover, the last thing you want to wake up to is the feint whiff of a “Burton Snatch”.

The Burton Snatch, for those who don’t know, is the subtle sulfuric scent given off by beers brewed in Burton-on-Trent, the spiritual home of British brewing. The local water, rich in sulfate ions, is harder than a quantum physics lecture delivered by Chuck Norris – making it ideal for brewing pale ales.

The most famous beer brewed in Burton-Upon-Trent is Bass Pale Ale. Its fame fuelled by a swaggering 19th century British Empire, the beer slaked the thirst of British forces overseas and the legendary red triangle logo adorning its brown bottle achieved global recognition at a time when most brewers struggled to establish their beers beyond a radius of a few miles.

Its global success invited overseas imitators who flagrantly festooned their beers with the famous red triangle. Bass sought to protect itself from these poorer pass offs on New Years Day in 1876 when, having waited outside the registrar office overnight, a Bass employee was first in line to take advantage of the Trade Mark Registration Act and “Bass & Co’s Pale Ale” became the UK’s Trade Mark 1.

The ‘vermillion triangle” most famously appears in Edouard Manet’s 1882 painting Bar at the Folies-Bergère, a visual enigma in which a bottle of Bass features in the foreground alongside two bottles of Champagne.

Bearing Manet’s signature on the label, its inclusion is not only a tribute to its own celebrity but, given that it was a beer from Burton and not Bavaria, indicative of the anti-German sentiment that pervaded the cafés of Paris in the years after the Franco-Prussian War.

Pablo Picasso, a man who regularly exceeded his recommended intake of alcohol, is another artist who incorporated numerous nods to Bass beer in his work, mostly during his Cubist period, while James Joyce also wrote about it in Ulysees – which is a massive ball-ache to get through.

According to a fusion of folklore and fact, Bass Pale Ale also earned the admiration of Edward VII, inflamed the imagination of Edgar Allan Poe, brought pleasure to Buffalo Bill and inspired Napoleon Bonaparte to set up a similar brewery in Paris – an idea abandoned when it emerged that French water couldn’t recreate the inimitable sulphuric “Burton Snatch”.