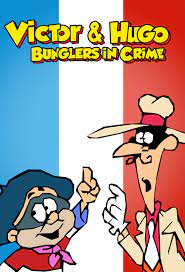 While French novelist Victor Hugo created classics Les Misérables and The Hunchback of Notre-Dame, interestingly he was not responsible for the 1990s animated classic Victor & Hugo: Bunglers in Crime.

It’s his birthday on February 26th, well, it would have been, but he’s dead. Previous birthday celebrations were undoubtedly spent with drinking buddy Quasimodo, who he met in a bar in Paris. On that fabled day, Quasimodo ordered a blended whisky, and having looked through his limited selection of Scotch, the bartender said: ‘Bell’s OK?’ Quasimodo replied: ‘Mind your own f*cking business!’

You could mark Victor’s birthday with a Bell’s Blended Scotch Whisky, but there are plenty of others worth exploring. And while fans of single malt often say to us that blends are inferior, it’s worth saying: these people are bell ends. And interestingly, if you say ‘bellends’ quickly, it sounds like blends.

In fact, without blended whisky, there is no such thing as single malt whisky. When the first single malts were filling glasses in the early 19th century, they tasted awful, and if they were consumed at all, this whisky was mixed with warm water, lemon and sugar, then described as ‘grog’, ‘toddy’, or ‘drams’.

It was the arrival of the great blending houses in the whisky trade that catapulted the spirit to global success. The likes of John Walker, Ushers, White Horse and Bells drove the destiny of the industry, and by using new continuous still technology to add grain whisky to their blends, they began to produce palatable spirits.

Travel and you’ll discover blends still float the boats of international drinkers – such is the global appreciation of blended whisky in fact, that the sales prop up the entire industry. And many of the great single malts today are used in the blends, which, in part, ensures their survival. So if anything, these whiskies deserve equal billing – in fact, when you consider the time and effort taken to blend consistently, they are arguably more worthy of respect.

Indeed, you’d struggle to find a whisky drinker who doesn’t rate the likes of Chivas 25 or Johnnie Walker Blue. Chivas Regal has the single malt Strathisla at its heart, as well as others like Longmorn playing a key role. In a mainstream blend the whisky in the blend might only be 3yrs old, but in Chivas Regal 18yr , every drop will be at least 18ys old. This includes the lighter smoother grain whisky which is blended with the single malt.

And it’s not just the Scots, the Japanese also excel with blends. Take Suntory Toki, which we taste with audiences in our show. Suntory uses its three distilleries Yamazaki, Chita and Hakushu to create wide range of soft and sweet flavours. It’s easy to drink neat, or works in a highball serve with ice, topped with soda water and an orange peel garnish. 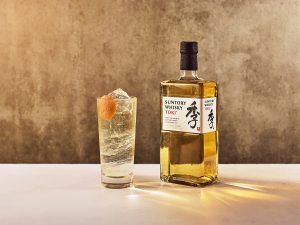 There are loads out there that will bring new people into whisky and still satisfy a snobby sipper, so don’t be a bellend and enjoy some blended whisky already.