It’s Christmas time, there’s no need to be afraid.

Except, of course, there is.

Forced festive fun is staggering towards us in its paper hat and comedy jumper, complete with flashing lights, reindeer noses, knowing irony and a big dose of the lurgy.

And then there’s the alcohol. Lots and lots of alcohol. We do a lot of drinking during December.

According to Public Health England (who you really don’t want to be stuck talking to at a party), Brits spend more than £2bn just on the booze we drink in our 165m December pub outings, never mind what we cart home from the shops.

In many ways, this can be a good thing. In social situations, hooch can be a wonderful wingman – it’s a camaraderie catalyst, rounding off the edges of unease and making music sound better, conversations more absorbing and colleagues more compelling – even that odd guy with the ponytail. the one that works in IT.

Yet alcohol is a capricious character, flipping from faithful sidekick to spiteful psychopath in the space of a few small sips – and its unpredictability is particularly acute at Christmas. The party season is a potential professional and personal minefield strewn with embarrassment, ridicule and final written warnings and, if you drink too much, you’ll be plodding through it in a pair of clown shoes and a blindfold.

But after 2022, feck knows we could do with a drink. So, when you do, make sure you follow our discerning drinking guide to surviving the festive season.

And remember to follow our mantra throughout: Drink Less, Drink Better

It’s what Jesus would have wanted – and it’s his birthday, for chrissake.

If you’ve blown the dust from the original Bible like we have, you’ll know full well that Jesus Christ didn’t turn water into wine. No, he turned it into beer.

The earliest scriptures state that Jesus, the lead character, turns water into shekhar, a Hebrew word meaning strong drink and, crucially, a derivative of the ancient Semitic word sikaru – which means barley beer. The reason beer was banished from subsequent versions of the Bible was that, in an astonishing display of academic arrogance, 17th-century English translators believed beer to be beneath the son of God.

So they took it upon themselves to transform Jesus Christ into a cork-sniffing, cravat-wearing wine-drinker, draped insouciantly on a banquette of an All Bar One. He wasn’t. He was a beer guy. With a beard. Where do you think the word Hebrew comes from?

Don’t down tequila in one with lemon and salt. It’s better than that. What you want is an extra añejo tequila, aged for a minimum of three years in oak casks, and just as complex and costly as a fine cognac. Serve it alongside a sangrita made with lime, orange juice, pomegranate juice and chilli. Jägerbomb? No. Gently sip Jägermeister as a digestif. Meaning “master hunter”, it was originally designed by a German huntsman, Curt Mast, who wanted to get things moving after great big dollops of freshly killed deer or enormous sausages. They were the wurst.

In the 1990s, when people were doing pills instead of drinking lager in their local town centre, pub companies devised a rather devious way of getting us all to drink more – by removing a lot of the furniture.

Termed “vertical drinking”, cosy snugs and intimate alcoves were replaced with wide-open spaces bereft of tables and chairs on which you could perch your pint.

With glasses constantly in hand, people drank a lot quicker, pubs made more money and the number of drunken idiots, come the end of the night, rose considerably. Don’t be that person; take the weight off when you can.

A national hero? Or a war-mongering wrong’un? Either way, Winston Churchill was a very deft drinker and certainly not a drunk – , contrary to common perception.

His secret was the watering down of his spirits, especially whisky. Churchill was dismayed by those who drank whisky neat: “You are not likely to live a long life,” he quipped, “if you drink it like that.” Instead, he would kickstart his morning with the “papa cocktail” – one glass of Johnnie Walker that would be topped up with water throughout the day.

Do the same by ordering a mizuwari, a Japanese long drink consisting of whisky cut with water to a ratio of 1:4, served over ice. It’s what all the cool daddios are drinking these days, and it’s a lot nicer than a snowball, which is essentially alcoholic custard. With a sparkler.

Be Nice To Bar Staff

Smile. Tip bartenders. It’s a nice thing to do and it will see them through January when you’re at home, in lockdown, righteously sipping kale smoothies.

Stand next to the till where you will be more likely to establish eye contact; don’t order an old fashioned or a mojito when it’s a dozen deep behind you; if you’re getting a Guinness, order it first; and, whatever you do, don’t shout, click your fingers or, unless it’s going in the tip jar, wave £20 notes – everyone around you is paying for their drinks with money as well.

If you wake with your head pounding, your liver whimpering in the corner with a snot bubble protruding from its nose, and what Kingsley Amis describes as that “ineffable compound of depression, sadness (these two are not the same), anxiety, self-hatred, sense of failure and fear for the future”, then you have two options.

You can either drink lots of water or, if that doesn’t work, and it probably won’t, you can make yourself a corpse reviver No 2 – a cocktail created in the 1930s by the legendary Savoy bartender Harry Craddock to “raise the dead”. 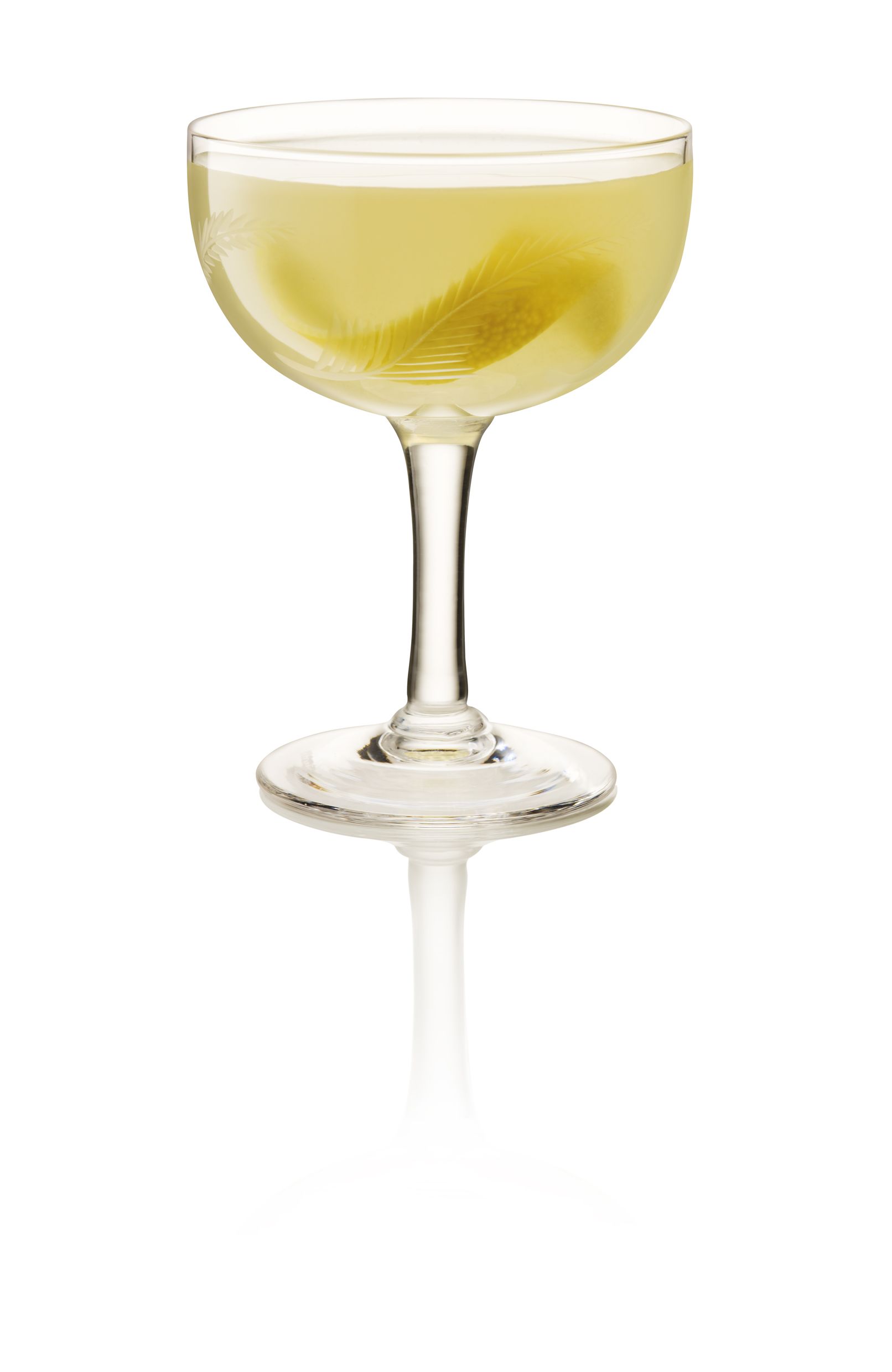