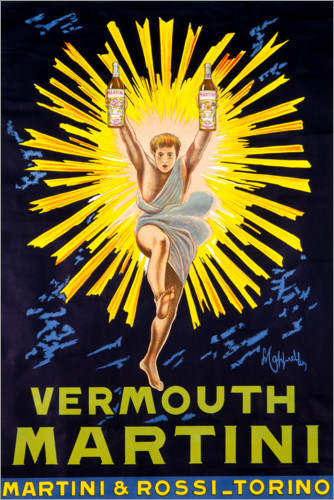 The current heatwave has once again raised grave concerns about the future of the planet but, on the flipside, it make its a very nice time for a vermouth.

For the uninitiated, vermouth is a bottled blend of wine and spirit, with all manner of complex botanicals, and it is delicious and refreshing served with tonic, soda, or simply over ice with a citrus zest, wedge or slice garnish.

Imbibers at the top of the drinks chain rediscovered its timeworn qualities while demanding a more bitter and refreshing bite for their palates in the late 90s. After the sugar-coated cocktails of the 80s, discerning drinkers revolted and sought out classic cocktails and more challenging alternatives.

This trend reached a peak when the Negroni (equal parts gin, vermouth and Campari) emerged as a surprise standard on menus, but just as bitter flavours hit the mainstream, some started to question the considerable booze content in such cocktails.

So, in pursuit of lower alcohol alternatives, vermouth now presents itself as a splendid mix of wine and botanicals that provides a pleasant bitter cocktail, without a hefty measure of spirit or even the faff of mixing one.

Sales of vermouth are soaring. Vermouth has long been the Robin to gin and vodka’s Batman but vermouth is no longer playing a cameo role in cocktails. What’s more, the trend of drinking Vermouth with nothing else, once the exclusive drinking domain of locals living in the heartlands of vermouth production, has become a global trend.

Vermouth chimes with the Thinking Drinkers mantra: “Drink Less Drink better” – with vermouth having a naturally lower abv than spirits, they are lend themselves to  highballs which opens up a fantastic variety of styles and flavours.

Vermouth is a fortified wine and according to the guidelines the alcohol content ranges from a minimum of 14.5% to a max of 22%. At least three quarters of the liquid must be wine, and while these have historically been be lesser wines, if you’re an oenophile this aspect should appeal.

Vermouth also frequently contains botanicals such as juniper, angelica, cardamom, coriander and citrus peels, which should alert even the novice gin enthusiast. And it must include wormwood.

This botanical has an illustrious association with drinking; coming from the Artemisia genus it’s also present in absinthe and there are records of its use in medicinal drinking experiments during parties in Ancient Greece.

Wormwood became a popular bittering agent across Europe from the 12th century, used in beer and indeed spirits such as absinthe, with wormwood spirits eventually finding favour with the communities living in the Savoy duchy, in the Auvergne-Rhone-Alpes.

But it’s original use was as a medicinal tonic until the 18th century. Then, during the late 18th century, the Italians began infusing their less palatable wines with this wormwood, and when Antonio Carparno adapted his Moscato Bianco in 1786, he helped create an aperitivo culture. Vermouth provided the Italians with the perfect pre-dinner drink, originally served up neat, with its soft botanical bitterness preparing palates for pasta and pizza across countless piazzas.

During the early 20th century, vermouth become best known as a key component in classic cocktails. As Americans encountered it they added tonic to create the Americano, and as the Martini brand was exported from Italy to the US it was mixed with gin or whiskey, thus popularising the martini and Manhattan cocktails.

These cocktails flourished, but as our palates started to demand something sweeter, the slightly bitter hit of vermouth meant the simple neat serve fell out of favour.

Added to which, as it was relegated down the menu, when drinkers did taste vermouth, it was often impaired – most people have been guilty of opening a bottle before consigning it to the dusty depths of the drinks cabinet, only to try it a year later when it has become eye-waterlingly oxidised.

Granted, this is a fortified product, so a bottle of vermouth will survive longer than a standard wine, but once it’s open oxidisation tends to affect the taste from around four weeks, and certainly by six. There’s no real reason for the good gear to stick around in your cupboard much longer: open it and drink it, that’s our policy.

Another more recent challenge for vermouth has been contending with the confusion over what is a complex creation. As well as securing its place as a cocktail ingredient, the bartenders of the early 20th century pigeon-holed it a little, so that if you reference old cocktail menus, you’ll find vermouth invariably split between ‘sweet’ as an Italian creation, with ‘dry’ coming from France.

But while the Dolin Dry Vermouth de Chambéry provides an excellent of exponent of the dry style and is evidence the French do dry well, Dolin also produces a red vermouth, which is rich and sweet. So, region is a misleading indicator.

Rather than rely on such definitions, it’s safer to simply establish the product follows the basic rules: it must be flavoured with at least one herb from Artemisia wormwood family, 75% of the finished product must be wine made according to EU wine legislation and it should have a minimum alcohol strength of 14.5% and a maximum of 22% alc./vol. Also know that all contain sugar, ranging from 30 grams per litre in an extra dry, to 130 grams or more per litre in a sweet. And as a more general rule for those keen to try it neat, dry tends to be used in cocktails.

These days it is also worth asking about the wine at the base. While the entire starting point for this category was to make use of substandard wine, increasingly we find producers talking up the grape juice – which makes sense since it relates to 75% of the liquid in the bottle. Referring to Dolin, they work with ugni blanc, a grape popular with cognac producers and while not the finest, still capable of producing reputable wine. In the case of newbies Regal Rogue in Australia though, you’ll find Hunter Valley Semillon and South Australian Sauvignon Blanc amongst the carefully selected grape styles.

Either way, the family of vermouth is vast but here are three to get you up and running.

No list of vermouths would be complete without an Italian on the menu and Cocchi has been making vermouth in the heart of Italy’s Asti region since 1891. This vermouth sits in the category of sweet, produced using fine Moscato wine as its base, then infused with a secret recipe of local and exotic botanicals. The Vermouth di Torino has the added impact of a geographically protected AOC – indeed, Vermouth de Torino is one of only two AOC Vermouths (the other Chambéry), so this really stamps its authority. On the nose you’ll get glorious orange peel and chocolate, which carries through on the palate, with warm, sweet raisins and cinnamon, but also that essential light bitterness to finish. A great one for firing out after dinner over ice in a rocks glass, and we really do suggest neat here, but it’s a winner in cocktails and long with a Fever Tree Mediterranean Tonic and lemon twist.

From the reputable sherry house comes a rich, red vermouth that builds on its famous Bodegas Emilio Lustau sherries. Blending a sweet Pedro Ximenez with a drier Amontillado and using these exceptional wines for separate macerations with more than ten botanicals. There’s an ample charge of quintessential wormwood along with coriander, gentian, angelica and orange peel for a complex expression, but one that is less bitter than most. It works brilliantly in a cocktail with gin and a little Kings Ginger liqueur.

The etymology of ‘vermouth’ points to a translation from the German word for wormwood – ‘wermut’ and yet German interpretations are rare, which is a shame because the country has form with both wine and fruit brandy. Enter Belsazar, which uses wine from the Weingut Zähringer winery established in 1844, selecting from the Kaiserstuhl and Markgraeflerland regions; and eau de vie and macerates from fifth-generation distiller Philipp Schladerer. This is one for those after a bone-dry experience and it works with any tonic so use your preferred, we used Schweppes and it was excellent. For a sweeter tooth, explore the other Belsazar expressions, the Rosé for example includes infusions of orange blossom and raspberry and has a beautiful honeyed quality.

Australia’s affection for vermouth saw the winemakers start their own production line back in the 1870s, Hardy’s even had its own ‘tonic wine’ back then. There was a second coming in the 1970s, but like Europe and America, vermouth lost its way until recently. Mark Lord launched Regal Rogue in 2012 in the face of new interest in this ancient category and his Rosé expression is an example of the diversity in the category. Light but fruit-forward, the vermouth uses Barossa Shiraz Rose blush at the base and infuses native illawara plums, rosella and strawberry gum with rhubarb and kina. Despite all this fruit, it still lands the hint of anise and a dry finish. There’s a recommended neat serve partnered with lemon and fresh mint, but again, it’s useful with a preferred tonic or even soda water – they garnish with a kiwi.

The Thinking Drinkers will be performing their new Pub Crawl show at the Edinburgh Fringe Festival from August 1 – 26, and then on a UK wide tour in the autumn. For dates visit www.thinkingdrinkers.com