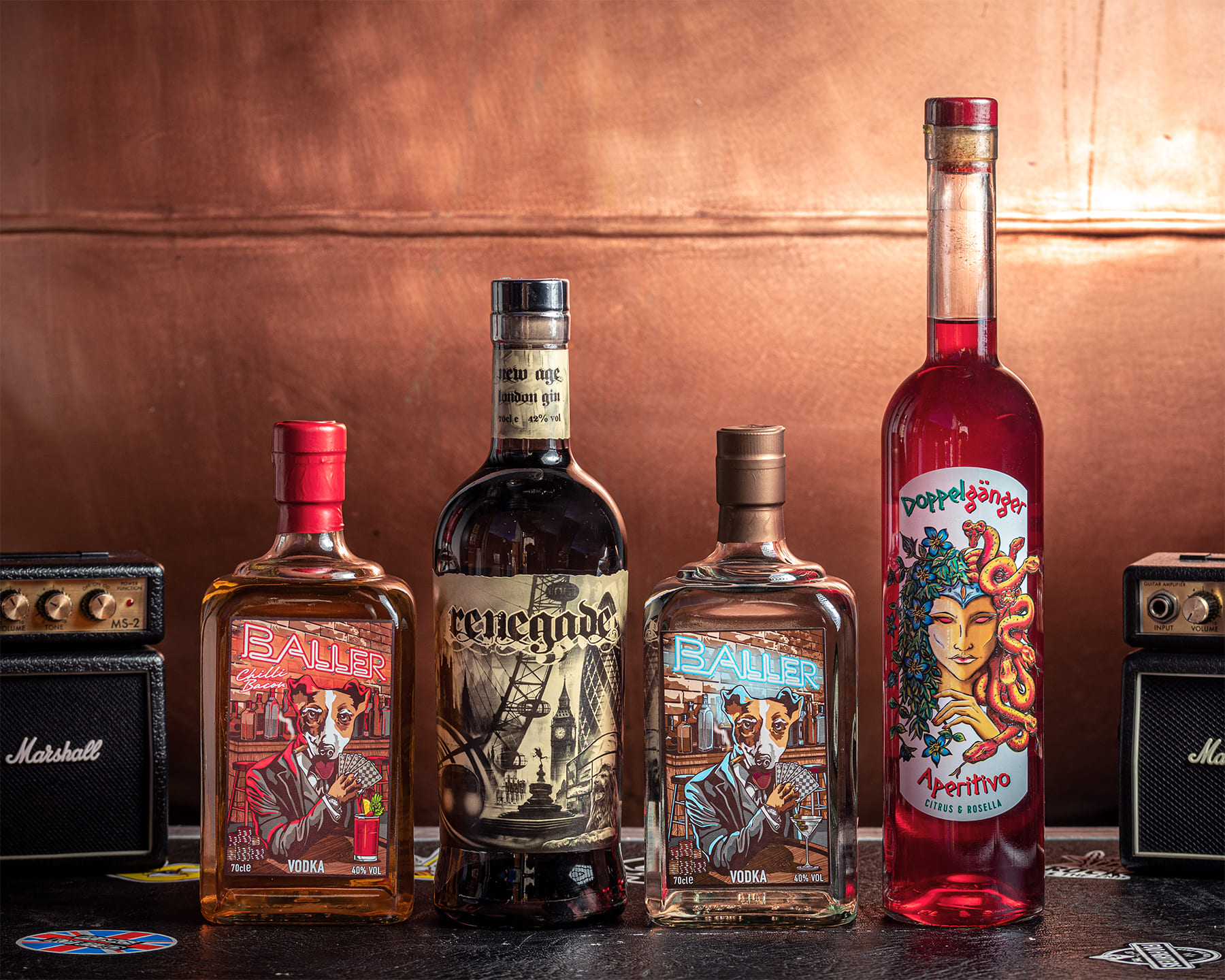 We’re delighted to announce that our April tasting features the Battersea-based Doghouse Distillery in South London.

Named ‘Doghouse’ because anyone who likes a drink or two is likely to spend some of their life “in the Doghouse”, it’s the only full turn-key distillery in London, an impressive set-up with a full micro-brewery, 3 fermenters, a vodka rectification column and a 1500 litre pot still.

Unlike other distilleries who often buy in the neutral spirit form elsewhere, the Doghouse dudes like to oversee the whole process from grain to grass.

They source all of their grain locally, the majority of which comes from farms in Norfolk. They buy in whole grain and then mill it onsite, mash it in the brewery to release sugars before pitching yeast which kicks off fermentation turning this wort into beer.

Whether they are making vodka or whisky it is the same approach.  Turning grain into beer through mixing, heating and fermenting.  Then distilling the beer using the pot still and vodka column turning it into 96% pure alcohol.

The process varies slightly depending on what spirit they are making  – and this is where the distilling art comes in; trying to take a different approach to create something novel.

Founders Braden and Katherine Saunders are big music fans and have wrapped music into everything they do at Doghouse. Each of their core award-winning spirits has its own genre of music and its own style of art.

Adorned with a moody London label designed by a tattoo artist, their Renegade Gin is liquid rock ‘n’ roll while Baller, their funky looking vodka (the only one in London made from scratch) is inspired by Hip Hop.

Luckily, none of their spirits are inspired by country and western or, worse still, Acid Jazz.