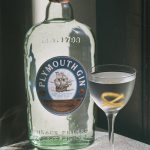 It’s National Martini Day. And it’s a Friday. Which means it’s time for a Martini. Or maybe three. Responsibly.

With the work week ending, the classic cocktail hour cometh – a moment simply made for the Martini.

No other drink captures that part of the day, when the short arm strikes six….or indeed five if you’ve had a really horrible day, more magnificently.

Staggeringly simple yet deceptively difficult to master, the Martini is unashamedly brazen in its booziness, transparent in both appearance and intention; clean-lined yet complex, a v-shaped salute to the tribulations, trudge and tyranny of modern life – and rightly considered as the king of the classic cocktails.

Steeped in a colourful history, the memoirs of the Martini are, as ever, the topic of much contention among cocktail historians. Some contend the cocktail’s beginnings date back to the Martinez during the Gold Rush in the 19th Century while others claim the forefather to the Martini was the Marguerite – first mentioned in 1900.

Whatever its roots, the Martini has over the years become progressively drier and developed into a drink that, today, deftly dovetails with the current ‘gin-aissance’.

No other cocktail captures the true character of a gin, or indeed vodka, more concisely than a Martini – gently laying botanicals bare and ruthlessly revealing the spirit’s flavour and, indeed, flaws.

The Martini may have had more twists than a Chubby Checker tribute night but in its most classic configuration, the key is to capture the conversation between the gin and the vermouth while simultaneously striking the right balance between dilution and temperature.

Temperature is very important. Keep it cold. As cold as possible. The shaker, the gin, the vermouth and the glasses. Everything. Freshness, as ever, is fundamental.

As American essayist Bernard DeVoto contests in his book “The Hour: A Cocktail Manifesto” – “You can no more keep a Martini in the refrigerator than you can keep a kiss”.

In this current era of ‘mindful drinking’, it is worth noting that DeVoto warns against making Martinis too strong – drinking one should give you the belief that “at any moment we may see the unicorn. But it would not be a Martini if we should see him”.

To be enjoyed alone without any interference from anything edible, the Classic dry martini is the ultimate aperitif, capable of stimulate salivary glands from a hundred yards and the perfect way to prepare your palate for the food ahead.

Method: Stir the ingredients in a mixing glass with ice and strain into a martini glass. Garnish with an olive or lemon zest twist