Sorry to brag, sorry to lord it over you like this, but we were reading the Guardian the other day.

While flicking through the smaller, easier-to-read, new look tabloid format brimming with mungbean recipes, North Islington bias, articles about yoghurt-knitting and electric car reviews, we came across the following headline: “Only one in 10 Britons know alcohol causes cancer, survey finds”.

Further exploration of the article revealed that Cancer UK and the Alcohol Health Alliance, who conducted the survey, were calling for the same warnings on alcohol drinks that currently adorn packets of cigarettes – a move supported by 77% of respondents.

This is silly – and here’s why. Firstly, the survey’s questions were skewed in a way that encouraged a low awareness rating among the 2,000 respondents. They were not asked whether alcohol raises the risks of getting cancer, they were asked to name a particular disease that they associated with alcohol.

While most people would presume that alcohol, especially when drunk excessively, would heighten the danger of getting cancer, fewer would spontaneously name cancer as the disease synonymous with drinking.

Alcohol Concern, obviously, were all over the findings like a wet flannel. Richard Piper, the chief executive, said: “We all need to know the risks associated with alcohol so we can make informed choices about our drinking, and at the moment we clearly don’t. This lack of knowledge, combined with cultural factors, aggressive advertising and inadequate alcohol treatment services, is costing lives.”

Well, let’s look at the risks. While drinking may well increase the risks of getting cancer, these risks remain really rather small – and if you drink moderately and don’t smoke then the risks are genuinely not worth worrying about.

There are loads of things that are potentially bad for our health that don’t come with distressing graphic images on the packaging. Parents of toddlers will know that grapes, unless cut into ten million pieces, can be potential deadly choking hazards – but there’s no picture of little Johnny’s face turning blue on a packet of seedless from Sainsbury’s.

Skateboards don’t come with an image of a teenager in traction; oysters aren’t accompanied by a diagram of someone’s head down the loo; and copies of “Rude”, the novel by Katie Hopkins is not adorned with a picture of someone desperately trying to cut off their own testicles with a spoon.

If alcohol packaging is going to have a picture of anything on the label then may we suggest it is of a healthy looking heart. According to another survey, conducted last Spring, the risk of heart attacks are lower among moderate drinkers than they are among tee-totallers and heavy drinkers.

The survey, published in the British Medical Journal and undertaken by actual boffins from Cambridge University and University College London, interviewed 1.93million people (nearly 1000 times more than the survey above) and discovered that lifelong drinkers have a 24% higher mortality rate than moderate drinkers.

So there you are. Clinical proof that drinking sensibly, within the government guidelines, could reduce the chances of keeling over from a dodgy ticker. If they discovered this statistic about Goji berries or kale or coffee enemas, it’d be all over the Guardian’s life and style pages.

But in the current climate, with alcohol once again in the cross-hairs of the catastrophiser’s gun, the message that drinking in moderation is actually OK simply isn’t palatable among policy makers.

So, instead, they patronise us by dusting down the same game-plan that they used for smoking – and present drinking as a similarly black and white issue; drinking is bad, not drinking is good.

But it’s blatantly not. The risks of smoking and drinking are entirely different. You may as well compare hang-gliding with air travel, the numbers simply don’t correlate.

It’s more an issue of trust. If they arm the public with the actual risks associated with moderate drinking, they think all our streets will transform into Gin Lane overnight. They won’t.

Whether it’s crossing the road, eating a sausage roll, spending a little too long in the sun or going on a ski trip, we subconsciously weigh up risks every day of our lives – and act accordingly.

Putting pictures of disease-ridden bodily organs on a bottle of Pinot Noir suggests that the risks of getting cancer from drinking, even moderate drinking, are the same as they are from smoking.

They’re not. That would be a lie. Let’s deal in facts not fear and allow people to make informed decisions based on science and statistics – not silly spin. 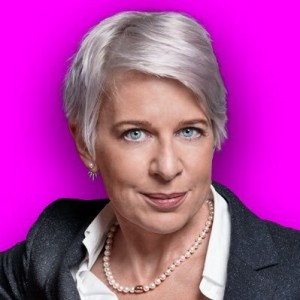