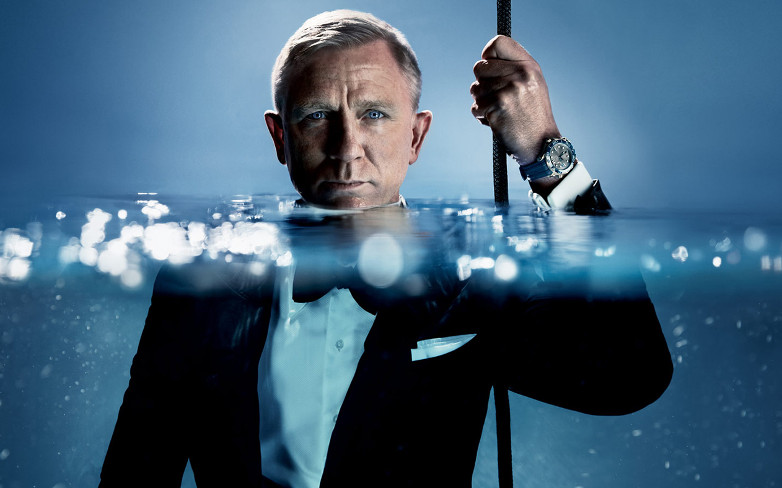 007 pulls his chain and gets covered in his own 002s. (joke copyright Alex Lowe).

Assuming you’re not a mole and you live in a hole, you’ll have noticed that Bond is back on the big screen, beating up baddies and behaving more appropriately towards women than previous incarnations.

Bond is one of the great fictional imbibers and while he’s forever banging on about martinis in the films, he wasn’t nearly so fussy in Ian Fleming’s books. In Bond’s inaugural bar visit in the 1953 Casino Royale, his first literary order is actually an Americano, a blend of vermouth, Campari and soda, he gulps this down before he fills his bespoke boots with everything from Veuve Cliquot champagne to brandy and chilled neat vodka. In Live and Let Die those dry gin martinis do make an appearance, but not as frequently as Scotch and sodas, Haig and Haig on the rocks and Old Grandad bourbon in his Old Fashioneds, he even has some Liebfraumilch.

In Moonraker it’s white Bordeaux, vodka martinis and Wolfschmidt vodka from Riga, or Taittinger, Dom Perignon and Mouton Rothschild. Bar orders in Diamonds are for Ever tick off gin then vodka martinis, before Irish coffee, stingers and even a Miller High Life. By From Russia With Love he’s on the Claret, Kavaklidere and Chianti, slivovitz and even ouzo. And that’s just in the first four flippin’ books.

Granted martinis feature in almost every outing, but despite the regularity of this order, the not-so-secret spy rarely deliberates over his vermouth. A martini is gin with vermouth, so his shaken-not-stirred would be irrelevant without this fortified and botanically charged aperitif wine.

We recently enjoyed some vermouth after we’d performed at the excellent Hen & Chicken pub in Bristol. Admittedly we also sampled some excellent martinis in the exceptional Milk Thistle bar ; and spirits from The Pyschopomp Distillery ; beers from Bristol Beer Factory ; and obviously a few ciders. But one of the best beverages we sampled there was in a local vermouth house The Aperitivo Co.

Blending on site, the team produces a range of vermouths taking on Italian (from Turin), French (Lyon) and Spanish (Reus) styles. When you sip each of them, the balance and expression of botanicals makes for a mind-blowing, multi-layered experience. You’ll find them in the UK’s leading luxury bars, and across the Hawksmoor restaurants, but we highly recommend investing in all three styles, and buying direct (£62, Aperitivo Co). Serve neat over ice, with soda or use in cocktails.

Anyway, the next Bond needs to check this shit out, not least because vermouth is lower in alcohol than a martini but has as much botanical bounce in the bouche. If he’s intent on wooing ladies and doing over villains, he’d perform better with a clear head, so while we love a martini, vermouth might be a wiser choice if you’re spying on people.

Of all the martinis Bond sips in book and film, his most famous is arguably the Vesper. Ian Fleming invented the serve for the first Bond novel Casino Royale, and named it after the love interest and doomed double agent Vesper Lynd. When he orders one, Bond asks for three measures of gin, one of vodka, half a measure of Kina Lillet, shaken well with a large slice of lemon-peel. Lillet is an aperitif wine, but Kina Lillet no longer exists, so we recommend you replace with replace with Cocchi Americano (https://www.thewhiskyexchange.com/p/12001/cocchi-americano-aperitivo).

Because of the addition of vodka you want a really assertive London Dry in this drink, and in our shows we’re enjoying the exceptional Warner’s Gins . Created by Tom Warner on his farm in Northamptonshire, many of the botanicals are foraged on his ten acres of land, so it provides a sustainable spirit with a solid punch that means the gin can still be tasted in the vesper. 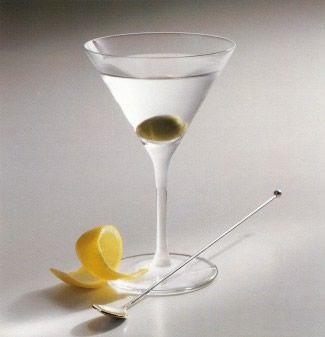 Shake all the ingredients with ice and garnish with a lemon twist. It’s a good idea to get the ice fresh from the freezer, don’t leave it lying around for ages before you make it. The wetter the ice the more water in the drink, which isn’t ideal