A Thinking Drinker’s Guide To The Six Nations
Sport Writing

Let’s face it, rugby can be a bit confusing. No-one really understands the rules. For huge swathes of an 80-minute game, the ball disappears under a pile of bodies; scrums look like a load of fat fellas looking for a set of keys dropped in the mud and the rest of the time it’s just a giant cartoon brawl – a massive Beano-esque cloud of dust with assorted fists, feet and colloquial expletives emerging from it at various angles.

Then a pint-sized “bloody good bloke” kicks a penalty through some posts after an alleged offence no one understood in the first place.

That’s why rugby fans are allowed to drink in the stadiums because, if they weren’t, no-one would bother. So, with the Six Nations approaching, here’s a guide to some discerning alcoholic endeavours from each of the participating nations. 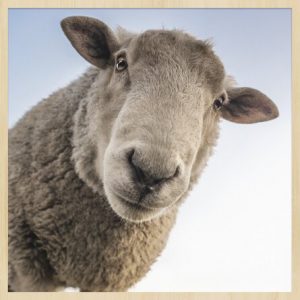 Rather than mainlining SA Brains’ Welsh Ale like Dylan Thomas before banging out a stirring rendition of “Hen Wlad Fy Nhadau”, we’d recommend something a little funkier from the Wilderness Brewery on the Anglo-Welsh border who specialise in farmhouse beers, barrel-ageing, mixed fermentation and an acutely ethical approach to brewing. “These Things Happen” is a session-friendly Table Beer while “Friends Will Be Friends” is a beautifully balanced, blackberry-infused Belgian pale ale aged in Tempranillo barrels.

Meanwhile, at the Aber Falls Distillery – the first whisky distillery in North Wales in more than a century, a combination of Oloroso, Pedro Ximénez, bourbon and virgin oak casks are used to mature the latest Autumn 2021 release of its Welsh Single Malt Whisky – whose flavour line-out boasts clove, espresso, white pepper, dark chocolate and sweet sherry. Good value at £26 a bottle. 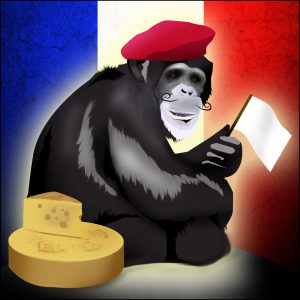 As well as nonchalantly playing ping-pong in nothing but flip-flops and a pair of budgie smugglers, the French are world-renowned for producing some ‘tres bon’ booze.

On 26th February, it is apt that Les Bleus take on Scotland because it is the 220th anniversary of Victor Hugo’s birthday. The author of “The Hunchback of Notre-Dame” famously walked into a Parisian bar with his mate Quasimodo and ordered a Scottish whisky. Barman said: “Bell’s OK?” – to which Quasimodo replied, “Mind Your Own F******g business”.

Talking of Bell’s, in 1891 – a full fifteen years after Alexander Bell invented the telephone, the two nations decided that they wanted to have a nice chat. So, on March 18th, they unveiled an Anglo-French telephone system, essentially an enormous cable under the sea connecting Paris to London.

It was rubbish. Only two people could make a call at one time, and they had to use special booths set up in the city centres. Still, at least they were talking. Given that England play France on the 19th March, celebrate with a “French Connection” cocktail by stirring 50ml Courvoisier Cognac with 25ml Disaronno Amaretto over ice before serving in a warm brandy snifter.

Scrum-half Antoine Dupont, recently named World Rugby Player of the Year, is an equally tenuous reason to treat yourself to some “Les Grands Assemblages 8 Year Old Armagnac” from the esteemed Darroze label.

Dupont hails from the town of Lannemezan in the South-West of France – and the rivers that flow from the Lannemezan Plateau feed the Armagnac region, home to this blend of Bas-Armagnacs full of orange peel, prunes, honey, and oak.

Alternatively, reach for the Languedoc wines of Gerard Bertrand, a former French international rugby player turned winemaker. His Domaine de Villemajou 2018/19 Corbières Boutenac (£14.99 from Majestic) is befitting of the former flanker – muscular yet supple, slightly rounded, tough tannins and (this is where the analogy breaks down), marvellous with a meaty casserole. 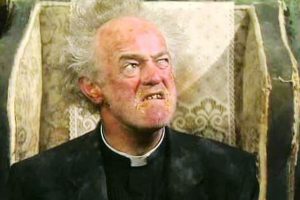 Here, the temptation is to harp on about Guinness, or indeed Harp Lager, since most rugger fans in pubs will be inside reverse passing each other pints.

But the Irish are also producing stunning whiskey, turning over some dominant Scottish possession with big hitters like Jameson, Teelings and Bushmills. Jameson comes out of the Middleton Distillery where you’ll find Green Spot Leoville Barton Bordeaux Finish, a decent dram to dull the pain of a spanking in France on February 12th.

Meanwhile, given Ireland’s quality kicking game, take a punt on Irish gin, amongst the best of the new crop is Boatyard Distillery’s Boatyard Double Gin. 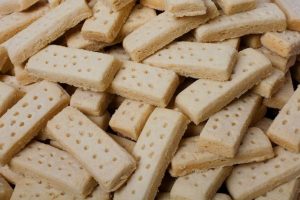 Scotland’s recent efforts at rebuilding their egg-chasing squad pale into insignificance when compared to the makeover at The Macallan Distillery.

Opened in 2018, this mind-blowing site blends cutting-edge engineering with natural surroundings. The distillery’s roof is a landscape of rolling hillocks with grass growing from them, you could even play rugby up there, but it would be like playing on hills, so a bit rubbish really.

If you’re looking for a steer, we suggest The Macallan Rare Cask 2021 Bottling. Rich and chocolatey on the palate, this is worthy dram to raise if the team secures a rare (and, let’s be honest, unlikely) Six Nations victory. 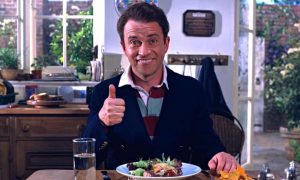 Back in 1982, while England were playing Australia, Erika Roe unclasped her bra and set-off on a two-minute topless tour of the Twickenham pitch.

Regarded as the most iconic streak in history, in memory (or mammary) of this momentous occasion, toast Erika with a pint of Naked Ladies from Twickenham Fine Ales, situated less than a mile from the stadium.

Named after a set of elegant statues in the nearby gardens of York House, it’s a glorious, award-winning golden ale best enjoyed in a pint glass rather than, as is the tradition with rugby players, sucked through the gusset of a team-mate’s jock strap.

With Courtney Lawes likely to captain England in the absence of injured Owen Farrell, toast the Northampton Saints’ back row with a gin that helps protect local hedgerows. Bit of wordplay there for you.

Warner’s Elderflower Gin, available from Ocado for £36, is distilled using 300 handpicked elderflowers from hedgerows surrounding the distillery on Falls Farm just a drop-kick away from the home of Northampton Saints. Assuming, of course, that you can drop kick a rugby ball more than 13 miles. 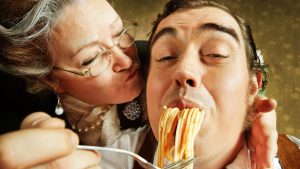 For the last few years, we could have shaped a rather clever analogy between Italy’s creaking ageing squad and the gentle oak maturation of some Italian wines.

But, rather irritatingly for this write up, the Italians are now blooding youngsters, so opt for vermouth instead, which is what all the cool kids (of legal drinking age) are drinking.  Cocchi Vermouth de Torino balances big, bold botanicals with a sweet red Moscato wine at the base.

For something truly contemporary, try The Aperitivo Co.’s Turin Sweet Vermouth, an Italian interpretation that’s made in Bristol. Both vermouths are great neat and perfect in a Negroni cocktail.