Raise a glass to the Queen
Writing 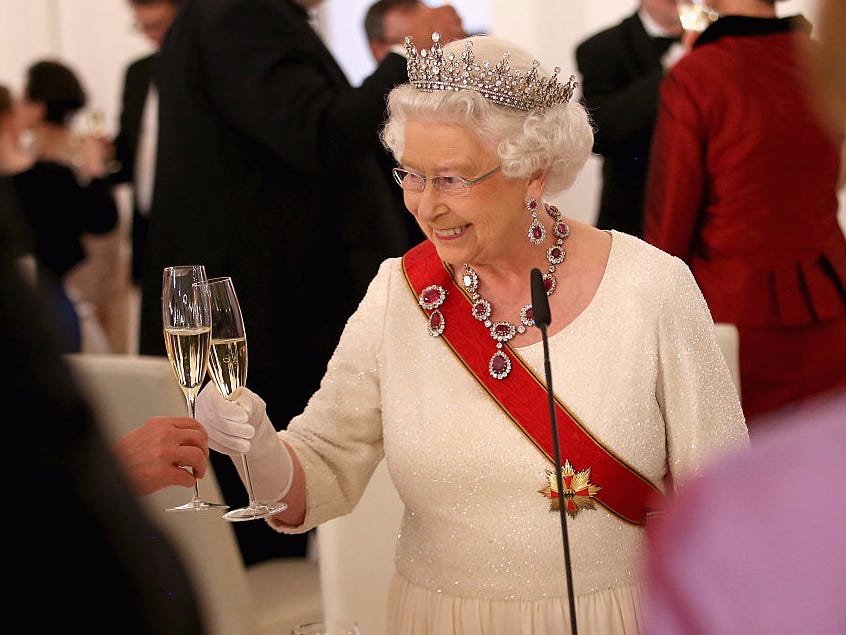 Amongst the Queen’s many qualities, was her love of a discerning drink, which is no great surprise, since the Royals have always been enthusiastic sippers.

The most obvious example is Henry VIII, a monarch who proved to be excessive in everything he did, and spent an estimated £6m a year on booze. Drink less, drink better Henry. But in more recent centuries the Royals have retained their appreciation.

Queen Victoria was an eminent imbiber, her preferred poison being an unusual mix of whisky and red wine. Together. In the same glass. She was particularly partial to Vin Mariani, a drink made by Angelo Mariani by steeping cocoa leaves in French red wine for six months. Alleged to be the original recipe for Coca-Cola, each fluid ounce once contained 7.2 milligrams of cocaine, although today’s incarnation is produced using top-growth Bordeaux fortified with de-cocainised Peruvian Coca leaf.

After Victoria came King Edward VII who reigned from 1901 to 1910. Along with drinking, his pastimes included golf, hunting, inking up his body with tattoos, bedding mistresses and taking regular spins in his Daimler (hopefully not while drinking). He’d ride the Daimler during inclement weather and his physicians got so stressed out, they demanded a new liqueur to keep him warm. Kings Ginger was born and today’s recipe is inspired by the original spirit formulated in 1903 by Berry Bros. & Rudd.

In more recent times the Queen Mother was the Royal family’s elbow-bending trendsetter. With spirits ranging from Dubonnet, Chartreuse and Beefeater Gin, she also became the highest-spending private buyer of Veuve Clicquot. In the 1930s, she founded the ‘Windsor Wets’ Club, a high-society drinking circle whose motto was ‘Aqua vitae non aqua pura’ (‘Spirits, not water’).

With such consistent form then, it’s no great surprise to discover plenty of discerning drinks with a Royal Warrant, the stamp of approval given to goods supplied to HM The Queen, HRH The Duke of Edinburgh or HRH The Prince of Wales or their Households.

For beer there’s Windsor & Eton Brewery, which once enjoyed the status of ‘brewer to the Queen’, and has a beer called Knight of the Garter, a session-drinking, light golden ale.

Scotch is a biggie for the Royals, and Lochnagar sits on the edge of the Balmoral Estate. Queen Victoria enjoyed a dram at the then ‘New Lochnagar Whisky Distillery’, and was so impress renamed Royal Lochnagar. It still makes exceptional single malt whisky, characterised by a rich, malty, spicy profile, with notes of winter fruit.

Or go for Johnnie Walker, which was awarded the Royal Warrant in 1934 by King George V. Johnnie Walker Blue is a particular favourite of ours, a combination of Scotland’s rarest and most exceptional whiskies.

The new King Charles, is apparently a fan of Laphroaig, an Islay malt celebrated for its smoke and sweet seaweed. The Laphroaig 10YO sherry oak finish builds on this with sweeter, winter fruit and rich chocolate.

Then there’s Cognac. Hine brand established by Englishman Thomas Hine in the 19th century and was granted a royal warrant from the Queen, in 1962. The Antique XO is a stunning drop and happens to be available from Royal Warrant, Berry Brothers and Rudd, another Warrant holder.

For all these spirits, then a highball serve would work, and for that a quality mixer is required. Try London Essence, and the Pink Grapefruit soda will blend extraordinarily well with almost anything, even cognac.

And for wines, try Corney & Barrow, trading since 1780, the house has enjoyed a close association with Britain since 1858. Here you’ll find an array of Royal Warrant Champagnes including Louis Roederer, Moët & Chandon, Lanson & Krug. But special mention for Bollinger, founded in 1829 it has held a Royal Warrant continuously since first awarded by Queen Victoria in 1884.