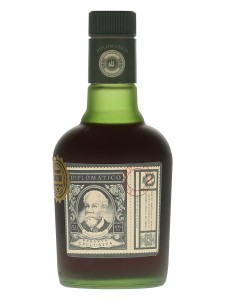 If you ask us, as spirits experts, what the next gin will be – the spirit that can succeed gin’s throne – we’d say it would, in fact, be… gin. So, it’s refreshing to hear a more recent, if modest, murmur of rum appreciation among discerning drinkers, particularly for aged and sipping rum.

Rum was once the chosen tipple of the British, and was briefly fashionable among the aristocracy. During the sugar trading years of the 18th century, as we exchanged fisticuffs with the Spanish and French, rum provided the Empire with a commercial and British-made spirit (molasses were grown in the Indies, but the stuff was distilled in Britain).

But rum subsequently became associated with pirates and scurvy-ridden naval crews, and lost its reputation as a refined spirit. This maritime hangover persists, with darker rum still perceived as rather unsophisticated.

But it’s time to reassess, because today there are rums competing in quality with single malt and cognac. This understanding has been shared in the bar industry for years – indeed, in terms of bar sales, rum is now the second best performing category after gin.

Drinks stats wizard CGA backs this up, and recently reported that premium rum is driving new growth; UK sales volumes are up seven per cent in the past 12 months.

The luxurious Venezuelan rum Diplomatico Reserva Exclusiva sums up this new movement. This is a rum we consistently use in our live Thinking Drinkers tasting shows around the UK and, after performing to more than 10,000 people last year, we discovered the majority of the audience, aged 21 to 70, male and female, lap the stuff up.

“Consumers are now actively seeking out rums that are aged and artfully crafted, just as they would with other dark, sipping spirits. The ‘premiumisation’ of the category has also allowed for more consumption occasions, and it helps that rum is a category that can be enjoyed year-round.” ​

Aged rum is produced by distilling fermented sugar liquid – cane juice or molasses – in a pot or column still, before maturing it in barrels, predominantly American oak. It can be made anywhere in the world, but flourishes in tropical conditions where the ­climate suits sugar cane. The temperature has the added benefit of speeding up maturation by encouraging a rapid interaction between spirit and oak.

So ­significant is this, some experts contend a rum will age three times quicker in the tropics than a Scotch will in colder climes. Rum has a sweet heart, can be aged carefully but quickly, and remains a long way off the price point of cognac and single malt whisky.

Added to which, we’re seeing it arrive from all over the world. So you can expand a collection by adding excellent Colombian Dictador XO Perpetual, a rich, chocolatey, first-press sugar cane rum, with blends of 12 to 20-year-old spirit (£75.45, thewhiskyexchange.com); or take it in a drier, oaky direction with the excellent Panamanian Zafra Master Reserve 21YO made by master distiller Don Pancho Fernandez (£59.95, thewhiskyexchange.com).

The next obvious development in rum is to play with the wood types, something Alexandre Garbriel understands. The man behind Ferrand ­cognac also runs Plantation rums and has been selecting great rums from various regions and finishing them in cognac casks in France. But we’re only puncturing the seal on its potential. While the spirit might not be ready to usurp gin, rum is certainly ready to rumble.

Room temperature is the best bet – chilling anything impairs the flavours – but a piece of ice is perfectly acceptable and has the added bonus of slightly diluting and lengthening the drink a little.

This rum promises sweetness on the nose and delivers on the palate. Rich caramel, vanilla and the taste of chocolate, it’s luxury liquid at incredible value. The Diplomatico Ambassador selection will cost £199, but is also extraordinary rum for those wanting to take things to the next level.

A stalwart in the rum aficionado’s collection, but remains a necessary introduction to sipping rum. With ages up to 25 years in the blend, it provides a rich expression of the demerara sugar at its base. Step up a price gear for the outstanding 21-year-old (£87.95, whiskyexchange.com).

Hard to believe you can get this rum for under £40. The XM denotes extra matured, spending six months in sherry butts, after nine-and-a-half years in American oak. Ginger into tropical fruit on the nose, rich honey on the palate with the sherry raisin spice, and a finish long enough to satisfy any single-malt fan.

The Plantation project is worth exploring in its entirety, with rums selected from Panama, Trinidad, Guyana and St Lucia. But the 20th anniversary deserves special mention: spice and coconut on the nose; rich, sweet oak on the palate, caramel of warm wood on the finish. And, at this price, a steal to rival any pirate’s booty.