About The Thinking Drinkers 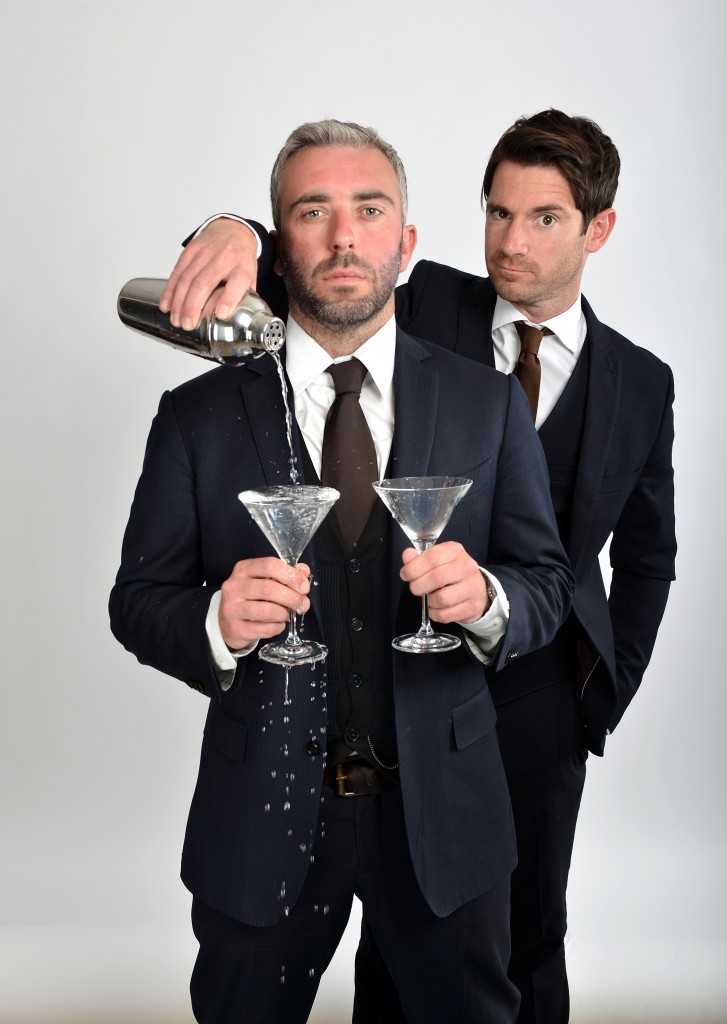 Ben McFarland and Tom Sandham, also known as the ‘Thinking Drinkers’, are award-winning alcohol experts, writers, comedians, “pioneers of alcohol-based comedy” (The Times), presenters, we could go on….

…Ben has been named “Beer Writer of The Year” by the “British Guild of Beer Writers” not once, not twice, but thrice. The author of several books on beer, he also spent seven years as the pub and bar reviewer for Time Out London and worked as a football journalist on The Guardian.

Steeped in spirits knowledge and expertise, Tom seriously knows his cocktail onions having been named “Spirits Communicator of the Year” by the IWSC (International Wine and Spirits Competition). For services to the Scotch Whisky, he has also been named “Keeper of the Quaich”

He is the former editor of the leading industry spirits and cocktail magazine CLASS and oversaw the launch of World’s 50 Best Bars. He is the author of the Gourmand award-winning book “World’s Best Cocktails” and has judged cocktail competitions all over the world.

Having first on a leading pub trade newspaper back in 2004, we first collaborated in 2006 when we ‘researched’ and wrote “Good Beer Guide West Coast USA” – an award-winning travel guide and craft beer lover’s compendium of the world’s most cutting-edge brewing scene.

We followed this award-winning debut with several other books on drink that were published worldwide including “World’s Best Beers” (since updated in 2017), “World’s Best Cocktails”, “Boutique Beer” and “Thinking Drinkers: The Enlightened Imbiber’s Guide to Alcohol”.

We also self-published an alternative book on Kebabs – but we don’t like to talk about that too much.

In 2011, disillusioned with dull drinks tastings (and with no theatrical experience beyond leading roles in primary school productions), we transferred our expertise and unique take on alcohol from the editorial page to the comedy stage.

Together we wrote and performed “The Thinking Drinker’s Guide to Alcohol”, a unique comedic drinking show during which audience members sip discerning drinks and learn more about the role of alcohol in history.

The show debuted at the 2011 Edinburgh Fringe. Following sell-out shows and excellent reviews, it returned to Edinburgh in 2012 at a bigger venue and also transferred to the Soho Theatre in London’s West End. It was performed at the Cheltenham Literature Festival before enjoying a three-month run at the prestigious Teatra Caser Calderon in Madrid, Spain.

What started in a small freight container with seating for 60 people eight years ago, now tours to more than 15,000 people up and down the UK. In 2018, the Thinking Drinkers show saw us named Industry Communicators of the Year by Imbibe Magazine, an essential editorial organ for the on-trade.

In 2019, we returned to the Edinburgh Festival for the 9th consecutive year where we enjoyed a sell-out run followed by a nationwide tour of more than 30 dates in 2002.

We are currently touring our “Thinking Drinkers’ Pub Quiz” show with dates stretching into 2022.

In addition to the performing, we continue to dance for beans on behalf of leading newspapers and magazines – with columns in both The Telegraph and The Spectator amongst others. We have also hosted two separate podcasts: “It’s The Drink Talking” and “Around The World in 80 Drinks”.

‘An intoxicating success…as interesting as it is hilarious’**** Sunday Express

“Ben McFarland and Tom Sandham illuminated, educated and intoxicated the crowd. The show is both hugely funny and genuinely fascinating” The Edinburgh Evening News ★★★★

“A terrific show. And in these austere times, it has to be the best VALUE FOR MONEY in town. ★★★★ The Scotsman