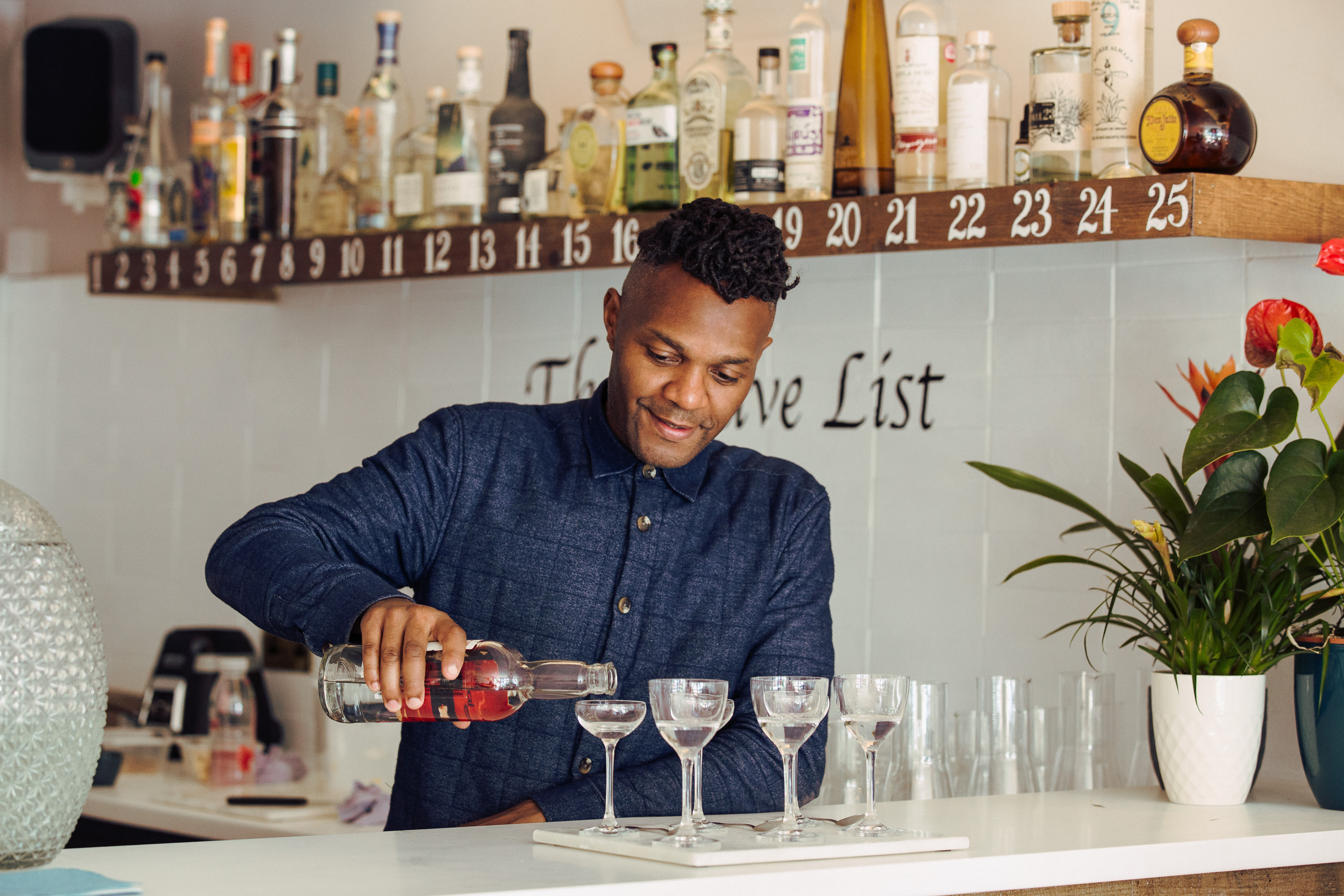 Bar owner Deano Moncrieffe is helping the rise and rise of agave spirits with his stunning Hacha bar in in London.

If you want to learn more about Agave spirits then you’ll be pleased to hear there are loads of specialists now popping up around the UK. Amongst them is Deano Moncrieffe’s Hacha in Dalston, London. Deano is one of the leading exponents of agave spirits and his London is a worthy pilgrimage.

‘The main inspiration behind opening Hacha was to make agave spirits more approachable in a simple yet new way,’ says Deano. ‘My idea was “less is more”, which is why there are only 25 spirits on my back bar, we call this the agave list. The list constantly changes: whenever I feel like I want to freshen it up, I bring in new bottles.’

Hacha is the name of the rather hefty axe used to split the agave piña in half before it is cooked. It’s a brutal tool, as it needs to be, because agave piñas are massive and this is a tough job, but when it comes to Deano’s bar, the spirit selection is far more subtle. To this end, Deano presents the tequila with flavour enhancers – small edible tasters that pair with the flavours of a designated agave spirit.

‘I would say the biggest surprise has been how many customers are trying the agave spirits for the first time, and how they love the idea of the different flavour enhancer. In the first six weeks we were open we’d sold around 50 bottles of different agave spirits, which is an incredible achievement. This has probably been the most pleasing thing for me, because it backs up my theory that if you have fewer options then customers are more likely to experiment. I’m 100% convinced that if I had 150 different agave spirits on the list, I would’ve sold a lot fewer different bottles, because too many choices can be slightly bewildering for a casual consumer.’

Along with encouraging people to try neat agave spirits, there’s a phenomenal cocktail menu at Hacha. Designed to be approachable but interesting, the drinks are also recognisable in name but different in appearance and ingredients.

‘The mirror margarita is a number-one- selling serve and it’s fair to say that everyone absolutely loves it. It took about three months for me to perfect it, and it’s an absolutely crystal-clear margarita served on the rocks and has all the characteristics and flavours you would find in a regular margarita.”

The drink is made using tequila or The Lost Explorer Mezcal and combines an in-house Hacha sour mix, rosa vermouth, salted pomegranate liqueur and cane syrup. Safe to say it’s not one we’d have a punt at when we’re mixing at home, but that’s why you go to a bar like Hacha.

‘So far, the most popular spirit has been mezcal, by a country mile,’ he says. ‘Our customers are fascinated by the artisanal, small-batch, traditional story behind the category. I think there’s an element of romanticism around it.”

On one hand, Hacha is a simple, neighbourhood bar in Dalston; others might even imagine it to be like a ‘theme bar’; but Deano and the team have put so much energy and thought into the experience that it is much more than either of these things. It’s a genuine spirits experience. People are coming from all over the country to see what he’s achieved, and if you’re into mezcal after this month’s tasting, we highly recommend you check it out.